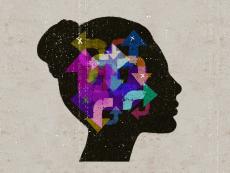 It’s estimated approximately 2% of the US population suffers from borderline personality disorder and, of that 2%, 75% diagnosed with BPD are women. That percentage means that over four million people have PBD in America alone. The actual prevalence may be even higher due to many people with BPD having been previously misdiagnosed with other disorders like bipolar disorder or major depressive disorder. These other diagnoses are given because they are more well-known and more easily treated with medications than borderline personality disorder.

But what is BPD? In order to better understand BPD, one must first understand the traits of a healthy personality which include: flexibility, dependability, ability for delayed gratification, emotional resilience, self-acceptance, accurate perception of reality and moderation. Personality disorders are abnormal deviations from a healthy personality. The disordered personality can manifest itself through traits like: the inability to be spontaneous in showing true feelings, lacking flexibility, having a sense of guilt and depression after asserting oneself, having the inability to self-nurture or to tolerate and maintain appropriate intimacy and closeness in relationships or to separate from other people.

The American Psychological Association has identified nine symptom categories of BPD. One must show signs of at least five of the nine symptoms to receive the diagnosis. The categories are as follows:

How does one develop a BPD? There is no one clear cut cause, but some possible origins of BPD include a history of trauma, cultural expectations, family instability or negative influences during adolescence. Often a history of abuse, neglect, or loss are associated with those that end up with a BPD diagnosis. Most with a BPD diagnosis report difficult or traumatic childhoods. Culture is another possible origin. Certain cultures transmit strong expectations about the way people are supposed to live their lives, and culture influences the way people express emotional distress. Symptoms of BPD occur more often in cultures that emphasize the needs, values and priorities of individuals over those of the community. Also, family instability may contribute to a BPD diagnosis. Today, children are growing up more frequently in single parent families and large extended families are helping less than they were in the past. Lastly, adolescence in general may be a factor. Adolescents are continually surrounded by influences such as gangs, violence, drug use, sensation seeking, eating disorders and risky sexual behavior. It makes you wonder how much of the things we’re exposed to can affect our mental health.

Let’s take a closer look at the characteristics of those with BPD. People diagnosed with BPD tend to have stormy emotional lives and inconsistent or unstable interpersonal relationships. They long for good relationships, but tend to sabotage efforts and are often seen as being manipulative and controlling. They have an intense need to fill the void they feel inside and commonly state they feel empty. They can quickly go from idolizing someone to putting them down. People diagnosed with BPD also often have erratic education and work histories and self-destructive behavior. They tend to have problems with anger, anxiety or depression and they are at a higher risk for suicide.

What does this mean for those of us that interact with those that have a BPD diagnosis? Following are some suggestions for interacting with people who display these traits:

Whether we are talking about Borderline Personality Disorder or any other mental health diagnoses there are basic things one can do to maintain optimum mental health:

Tamara Huff, LCPC, is a licensed clinical professional counselor practicing at Brook Lane’s North Village outpatient location. She has over 20 years of experience in the field of mental health. Her areas of interest include personality disorders, conflict resolution, stress management, domestic violence, depression and suicide. Tamara earned her MA in Community Counseling from Andrews University in Michigan.

Before you begin reading this, do two things. Take a couple of deep breaths and fully exhale. Next, stretch your entire body...

As we enter into the tenth month of this new COVID lifestyle, we all likely are facing personal struggles at this point....

The role of the medical secretary at Brook Lane is vital to a smooth running office. Individuals on the front line of any...

There are many ways that our experiences, attitudes, and implicit biases influence our behavior and how we interpret and...

This 4-hour seminar will explore the benefits of incorporating alternative treatment therapies with traditional...

Trauma & PTSD: Working with Victims Who Have Become the Accused

This seminar, held in recognition of PTSD Awareness Month, is designed to provide clinicians with an understanding of the...