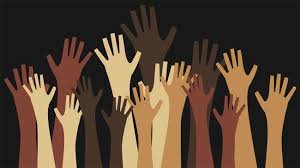 In addition to the lack of insurance or being underinsured, other factors that create barriers to receiving mental health care include language, mental health stigma within the minority community, poverty, distrust in the health care system, lack of diversity among mental health providers, and lack of cultural competency among providers. (3)

Environmental and cultural factors also influence one’s willingness to seek psychological help. Those who have been raised in an environment where violence and trauma are common, frequently suffer from depression and anxiety. Statistics provided by the Centers for Disease Control indicate that African Americans living below the poverty level are twice as likely to report psychological distress. In 2017, suicide was the second leading cause of death for African Americans, ages 15-24. Death by suicide for African American men was four times higher than African American women. The overall rate of suicide in the African American population however, is 60% lower than non-Hispanic white individuals. (4)

Breaking down the stigma of mental illness in all communities is vital to reducing disparities in treatment for all populations. We are encouraged that more insurance companies are including mental health treatment under their covered services. Our growing minority population in this country will hopefully increase the level of cultural competence of our community mental health providers, which in turn will help those in racially/ethnically diverse communities start to feel more comfortable seeking mental health treatment.

Robin Morris, LCSW-C, CCTP, is a licensed clinical social worker who provided mental health counseling services at Brook Lane’s North Village outpatient facility for many years. She has over 25 years of experience in the field of human services and is a certified clinical trauma professional. Her areas of interest include minority mental health, trauma informed treatment, grief and bereavement, and child/adolescent conflict resolution. Robin has worked with many Washington County community enrichment organizations including the Child Fatality Review Committee, The Hagerstown Youth Development Coalition the Washington County Diversion Program Mentoring Initiative and the Hagerstown Gang Task Force Committee.

When I was about to turn 16, I would hear things in my mind like, “Touch this [thing] so many times so something bad won’t...

What is Transcranial Magnetic Stimulation?

What is TMS? Transcranial Magnetic Stimulation (TMS) is a noninvasive, anesthesia-free treatment used to treat depression by...

Summertime is the Perfect Time for Self-Care

In a world that keeps ever changing, one thing is certain: self-care is a vital aspect of our day-to-day lifestyle. Self-...

Beating the Back to School Blues

August is here and that means that back to school time is quickly approaching. The lazy days of summer are winding down and...

Recovery is a Journey

Living in recovery is a journey that is not always straight and steady–it has ups, downs and curves. There may be setbacks,...

A Professional License to Practice: A Prized Possession

This seminar will examine the Code of Ethics and state laws and regulations to empower clinicians to better understand how...