Cathy's Story: "I credit Brook Lane with saving my life."

Cathy’s life has been filled with much anxiety and trauma. Starting at the age of five, she was sexually abused by her older brother and several other boys that were friends of her family. She never shared this with anyone for fear of what might happen. She carried the trauma of these horrible experiences with her into adulthood, unfortunately choosing a husband who also was abusive. Their marriage was tumultuous. After discovering his multiple affairs and being both sexually and mentally abused by him, Cathy felt overwhelmed and wanted to get away from the situation permanently.

Filled with so much stress and anxiety from her marital situation, Cathy couldn’t eat and lost 40 pounds in four weeks. At her lowest point, she took an overdose of pills. Her sister had spoken with her on the phone and knew that she didn’t sound well, so she picked up a friend who was an EMT and rushed to Cathy’s house. They had to break down the door to get in. After having her stomach pumped, Cathy was referred to Brook Lane. That was 1985 and things were different then than they are now. Today, the average length of stay on the inpatient unit is 9-11 days. Back then, Cathy stayed for five weeks. Those five weeks completely changed her life.

When she first arrived at Brook Lane, she felt hopeless. She didn’t have any desire to get out of bed, eat or get dressed. She regretted that her sister had found her. At that point, she wasn’t thinking of her children or anyone else. “The staff at Brook Lane was amazing,” says Cathy. “They made me get up, get dressed, comb my hair and eat three meals a day - all things that I needed to do to get better.” The staff also encouraged her to exercise and work on craft projects. “They didn’t coddle you, but helped you to see what you needed to do to recover.”

Visits from the chaplain and group therapy were two of the most powerful aspects of Cathy’s recovery. “Brook Lane is such a great place. It doesn’t remind you of a stereotypical psychiatric hospital,” says Cathy. “The staff got to know who you really are and the best way to help you move on with your life.”

Cathy did move on from that terrible time in her life. She now has been married to her second husband, Jim, for 27 years and finally has the happy, supportive marriage that she deserves. Altogether they have four children, six grandchildren and three great grandchildren. Their beautifully blended family likes to camp, fish, hunt and go on a family vacation together annually. Cathy also enjoys cooking and baking.

“You are a victim and survive, but the trauma doesn’t go away,” says Cathy. “Brook Lane gives you the tools to know it wasn’t your fault and teaches you the coping mechanisms to succeed.” Cathy feels very good most days. When she does feel down, it’s usually because of current physical issues not related to her earlier trauma. “I really credit Brook Lane with saving my life,” she says. 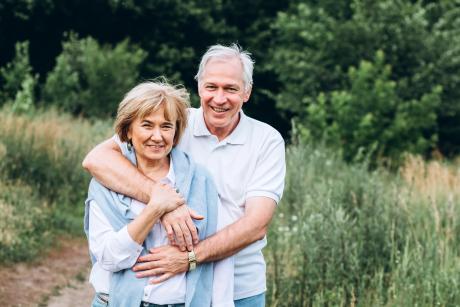 How Mindfulness Can Help Improve Your Mental Health

If you have ever been in therapy, read a self-help book, or engaged in some sort of religious or spiritual practice, chances...

Cathy's Story: "I credit Brook Lane with saving my life."

Cathy’s life has been filled with much anxiety and trauma. Starting at the age of five, she was sexually abused by her older...

Grief Across the Life Span

Grief is experienced differently for children and adolescents versus adults. This seminar will focus on the characteristics...

Contemporary Conceptualization and Treatment of OCD and its Partner GAD

Obsessive Compulsive Disorder and Generalized Anxiety Disorder are widely misunderstood both in the popular media and by...

Sponsorship Opportunities Available Now! To become a sponsor, visit the link below.  You may also call or email Chris Boryan...